Trading forex is not as easy as some brokers advertise. The trader will need all the help from the technical tools, charts, graphs and even from the financial and political news. Trading on any market depends on analysis. There are basically two types of analysis that are prevalent among the Forex traders—technical analysis and fundamental analysis. Another type of analysis used when trading currency pairs is sentiment. 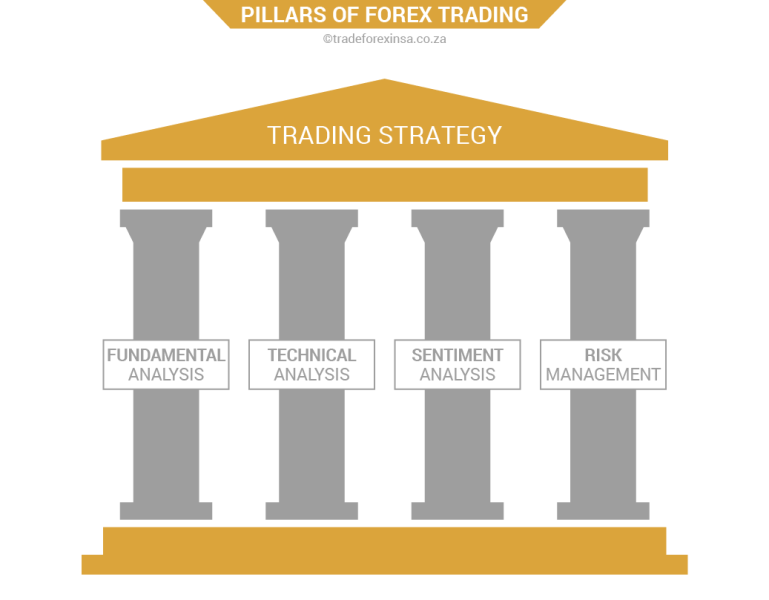 Technical analysis involves studying the historical price movements of an asset. For this numerous charts are at the disposal of the traders. As the market moves on every movement of the asset is recorded in the shape of candles, bars or lines. Technical analysis can also be done through indicators and tools especially designed for the forex market. Firstly, it is vital to identify and understand the direction in which the price of a particular asset is trending. The support and resistance lines can be determined from the price charts and timeframes. From individual small scale traders to large players like banks and hedge funds, everyone has access to the price graphs. Advanced computer systems are employed to find out any inconsistencies between several currency pairs. Rarely does a major inconsistency last longer than a few seconds, as recorded by these programs.

Most of the traders prefer technical analysis as they believe all the factors (political, economic, social and psychological) that may influence the movements of the asset will be depicted on these graphs.

Trend & Range: It is necessary for the traders to interpret the historical price graphs and then determine whether the price action will show an uptrend, downtrend or trade sideways. This will help the trader to decide whether to open a position or close the trade. If the price of the asset moves sideways and continue to fluctuate within a certain range then, the trader should go from range trading strategy. Of course, this technique will be profitable only the market continues to remain range-bound. The best way to determine the trends is by drawing support and resistance lines.

Indicators and other technical analysis tools are often used by the forex traders along with the trading charts. They help the traders to better determine the future movement of the asset. The technical indicators include Bollinger Bands, moving averages, MACD or moving average convergence divergence, Fibonacci retracements and stochastics. A stronger strategy will be devised when the technical tools are used in combination with indicators and charts.

Fundamental analysis basically involves understanding the price movements of the assets from economic data and other major news. If a trader is trading the currency pairs by doing fundamental analysis then he has to study in detail financial news as well as politics, social attitudes and other aspects of human life. The technique establishes a cause and effect relationship between the news and the price action of an asset. The trader can identify the reason for an imbalance through fundamental analysis and check out what the market offers in a particular situation. In future if such a similar situation arises the trader will be able to quite easily understand in what direction the asset will move. The fundamental trader will always query the how and why of the price action and look from different perspectives to understand why the price of a particular asset reacted in a particular way. It is a ‘holistic’ approach. The technical analysis, on the other hand, only looks at the physical aspect.

The most important aspect of the fundamental analysis is that the trader will be able to derive the cause of such a reaction in the Forex market. By understanding the reasons the trader can hold on to a position as long as the effect of the particular news lasts. This will also give a trader to continue with the trade even when the market is volatile (if the situation permits to keep the position open). For making the most out of a trade through fundamental analysis in the Forex market, the trader should do the following things:

Sentiment analysis is perfect for those who love to study human behaviour. The trader has to check out the sentiment of the market and whether the currency value is showing an uptrend or downtrend or sideways trend. The reaction of the traders to a particular sentiment or news can be understood from the direction in which the price moves. The trader’s action will be perfectly clear by the trades he makes. For instance, if a trader purchases a currency in large numbers then, it is most likely that a large number of traders will look towards selling in near future. In sentimental analysis the theory goes that whatever goes up will always come down, and vice versa. Some traders will also trade reverse, buying at low and selling at the peak.