What is Forex? : A Basic Guide

The foreign exchange or Forex market is probably one of the biggest financial markets available to traders, which is currently an over the counter, decentralized Global market. Currently, an estimated figure of about 1 trillion USD is the valuation of the Forex market. Experienced traders certainly know the ins and outs of the forex, but that does not pan out that way for every investor. The novice traders are generally worst hit, since a lack of information, coupled with bad decisions can cause them to lose fortunes.

Thus it is always advised to have proper foresight, knowledge and the understanding of the core concepts to trade efficiently on the forex market.  This article aims to provide a proper explanation of the various concepts and terms associated With Forex Trading.

In layman’s terms, the forex market can be considered as a universal marketplace where various national currencies are bought and sold. The main concepts of trading in the forex market are closely related to other trading markets such as Commodities, Futures, Indices, Stocks, etc. It is a market that is operational 24 hours a day, 5 days a week, with banks, corporations, institutional investors, hedge funds, as well as individual traders, all taking part.

A Brief History of Forex

The modern forex market is largely driven by factors such as speculation, arbitrage and professional dealing. This is, however, radically different from the past, where only retail investors could gain access to foreign exchange markets, that too only through banks. This scenario changed in the 70's with exchange rates allowed to float freely in the global market. The 80’s and 90’s saw the forex market limited to banks, funds and commodity trading advisers. Access to the market started expanding with large corporations and big investors entering the scene. With time, as the stringent credit guidelines were relaxed, the forex market saw an influx of individuals as speculators, with the online forex market following suit.

As mentioned before, Forex trading can be considered similar to trading shares or futures with just one exception. Currencies are paired together and traded as trading pairs. The forex market stands out because it offers trades in relatively small lot sizes, down to as small as 1000 units or one micro lot. There are several elements in the forex market which work in tandem at any given time. 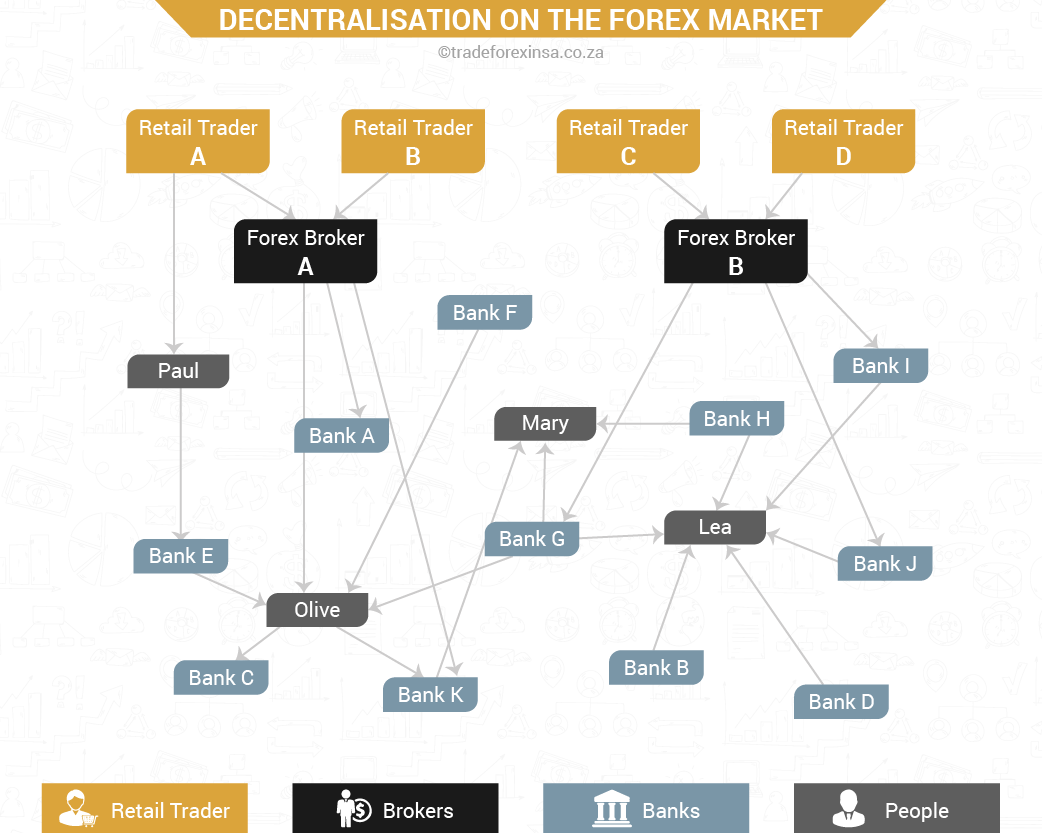 Decentralisation on the Forex market

The market size: One of the first things that come to mind while dealing with the Forex market is its size. For the past 10 to 15 years, the market has been exclusively accessible to individual traders, making it a rapidly growing, but a young trading market. Currently the forex market has overtaken the New York stock exchange, Tokyo Stock exchange and London Stock exchange combined, by a mile in terms of total valuation.

Market Makers:  Market Makers can brokers are considered as middlemen and thus an indispensable part of the forex system.  Market makers are entrusted with making the liquidity available to traders. This is achieved by repackaging huge contract sizes from wholesalers and turning them into bite-sized divisions.

Low Transactional costs: Trade transaction costs, known as the bid/ask price in forex, are significantly less, 0.1% under normal market conditions. Some large dealers offer spreads as low as 0.07%, depending on the leverage chosen.

Decentralization: Because of the decentralized nature of the forex market, no one entity can ever corner the market. This means that no single influencer, not even a large central bank can have complete influence over the market for an extended period of time, owing to the size and number of participants involved.

As mentioned before, the forex market comprises of a huge economic spectrum, which cannot be single handedly influenced by a single entity in the market. Below is a brief description of the different parties involved in forex trading. 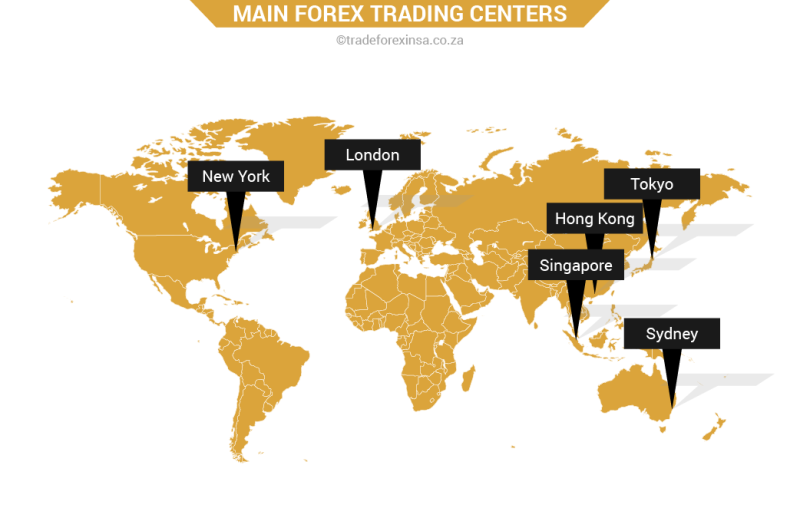 The world of Forex can be as exciting as it is dangerous, with many novice traders falling prey to common trading mistakes and end up losing a fortune. Hence it is always advised to have a definite grip on the concept before even thinking of entering the market. It is to be noted that the forex market is a vast entity with changing prices almost every second. Hence, keeping track of world events, major market movements, political situations etc., can aid a trader to make substantial gains after trading.