﻿ How to Trade with Japanese Candlesticks

HOW TO TRADE WITH JAPANESE CANDLESTICKS

The candles on the chart show the high and low of an asset or a pair as well as the relationship between the open and close prices. The body of the Japanese candlestick shows the Open and Close while the wicks or shadows from either ends of the candle shows High and Low. The bodies of the candles help in understanding the nature of the market. For instance, a long red body of the candle will indicate strong selling pressure while a long green body will indicate strong buying pressure. The short candle bodies will show very little buying or selling activity. 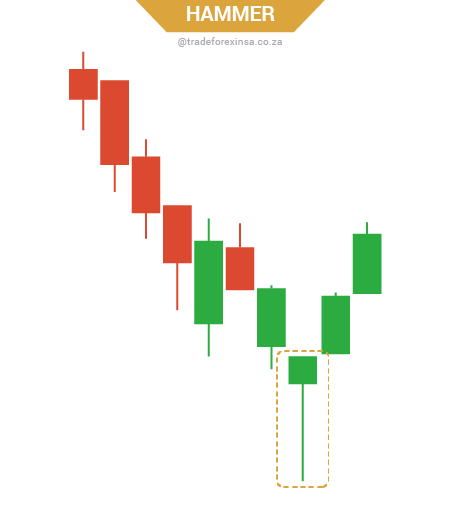 The hammer price pattern is usually observed in a candlestick when an asset trades much lower than its Open price, but then moves up later in the day to Close above or near the Open price. The pattern observed on the Japanese candlestick chart is like that of a hammer, and thus the name. The body of the candlestick in this pattern is usually half the size of the wick or tail. The hammer pattern denotes that the sellers do a capitulation to form a bottom, which is accompanies by a rise in price action. This again indicates a reversal potential in the price action of the asset. 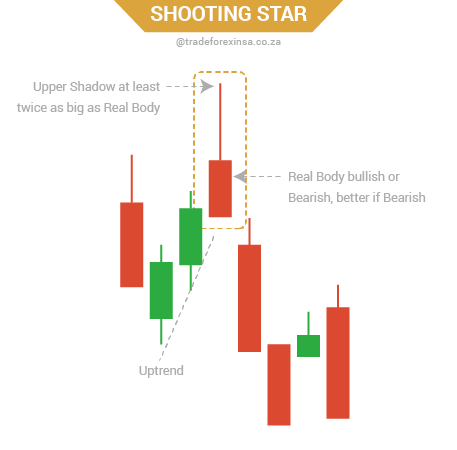 The bearish candle shooting star has a long upper shadow and a very small real body near the day’s Low. There might or might not be a slight formation of shadow near the Low of the body. The shooting star is observed when the price option of an asset had shown advancement and progressed above the opening price, but went on to close lower than the Open. In this case, the difference between the Low of the day and the Close price should be minimal or non-existent. 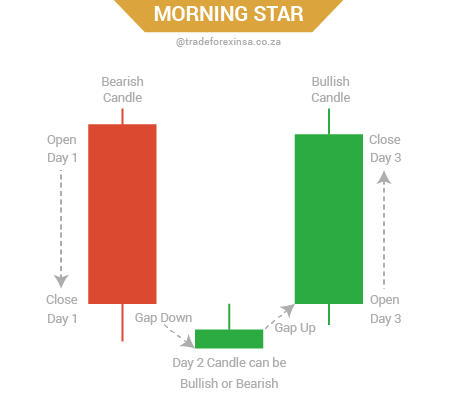 The morning star Japanese candlestick pattern indicates a bullish pattern closely followed by a downtrend. The pattern is depicted by three candles and the trader has to watch it closely to capitalise on a trend reversal towards an uptrend. The first candle is tall red while the second candle is small red or green. The second candle closes below the first candle, but the opening price of the third candle lies above the middle candle and closes near the middle of the first candle. The third candle is a tall green one. 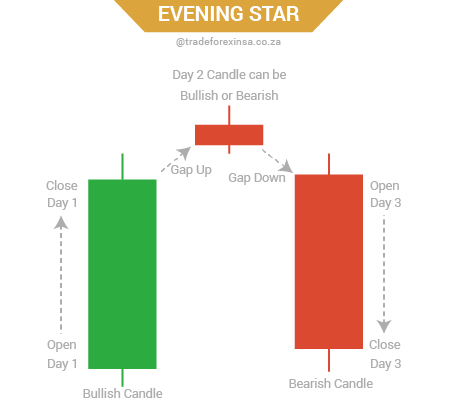 The evening candlestick pattern is bearish in nature and consists of a large green candlestick, a small green or red candle, and a red candle. The first candle is the long green one while the third candle is the redone that opens below the second candle and closes approximately near the middle of the first candle. The evening star pattern shows that the uptrend might reverse. 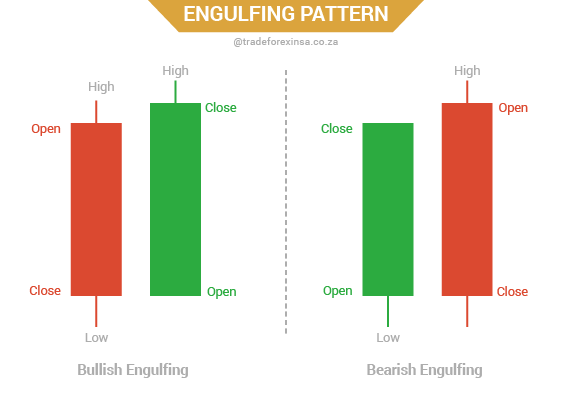